Growing up a compulsive legalist, rules didn't get broken. Oh no. The guilt was too much for my brittle conscience to bear.
I read that Bible every day, focused on every single word. Didn't swear, begged God to stop the unwanted thoughts that burst in my brain.
Plus, you know, no lying.
Not even white lies. Not even if my mom asked if something was wrong when I was actually confused over what sex was and whether I was the good virgin or not. I think I froze up rather than tell her what I was worrying over, but, you know, that was awkward (Screw purity culture).
Also, if my parents said "tell the phone spammers I'm not here," I couldn't lie. But, um, I wasn't supposed to disobey the parents either. Cue panic mode. I don't really remember how I handled these situations - most likely, I did lie and ask for God's forgiveness, because lying was easier than dealing with their wrath.
If God said you cannot serve God and mammon and I couldn't leave my eating disorder, welp, I kissed God goodbye for four long stinkin' years.
You see, rules demonstrated my love for God - no matter how much I hated myself for failing, no matter how much I despaired of his goodness when I kept screwing up.
Even in college, when I began to recover from my rigid cage, I wasn't breaking them important rules. And by "important rules," I mean if Boston University said no pets on campus, I sure wasn't adopting a kitten, no matter how obsessed over cats I am.

Try not to die of cute while watching this. I dare you.

But in March, a friend's roommate smuggled a Russian Blue kitten into her on-campus apartment. She christened him Sushi, and, naturally, I enjoyed playing with the kitten quite a bit whilst not worrying about getting caught since he wasn't my cat.
But after a month, Sushi's original owner decided she couldn't care for him. And so she returned him to a shelter.
Cue many desperate phone calls between friends, which commenced in my roommate asking me if I could adopt him.
Oh my precious rules, you are nothing next to a kitten.
I called the shelter as soon as I could. Except, naturally, a terrible mix-up occurred: the shelter gave him away before I could pick him up.
I cried and swore and even made up a ditty about the Sushi-shaped hole in my heart, in my heart, in my heart-heart-heart. To keep a loveable kitten with people he knew, I'd have broken the rules and enjoyed it, dammit.
Four days passed. I was in Whole Foods (I'm embarrassed to admit that sometimes my laziness trumps cheapness) buying oranges when my phone buzzed. When I answered, I was informed that Sushi's adoptive family had returned him to the shelter upon hearing about the mix-up. I had 30 minutes to pick him up before the shelter closed for the night.
So I (very dramatically) sprinted out into the pouring rain (okay, drizzle) and hailed the first taxi I could find. Within 30 minutes, I had a very cuddly Sushi Lil' Ninja in my arms (okay, a cat carrier).
A lovable kitten who needed a home versus rules?
You must be joking. Of course I'm choosing the cat. No matter my nearly flawless record. 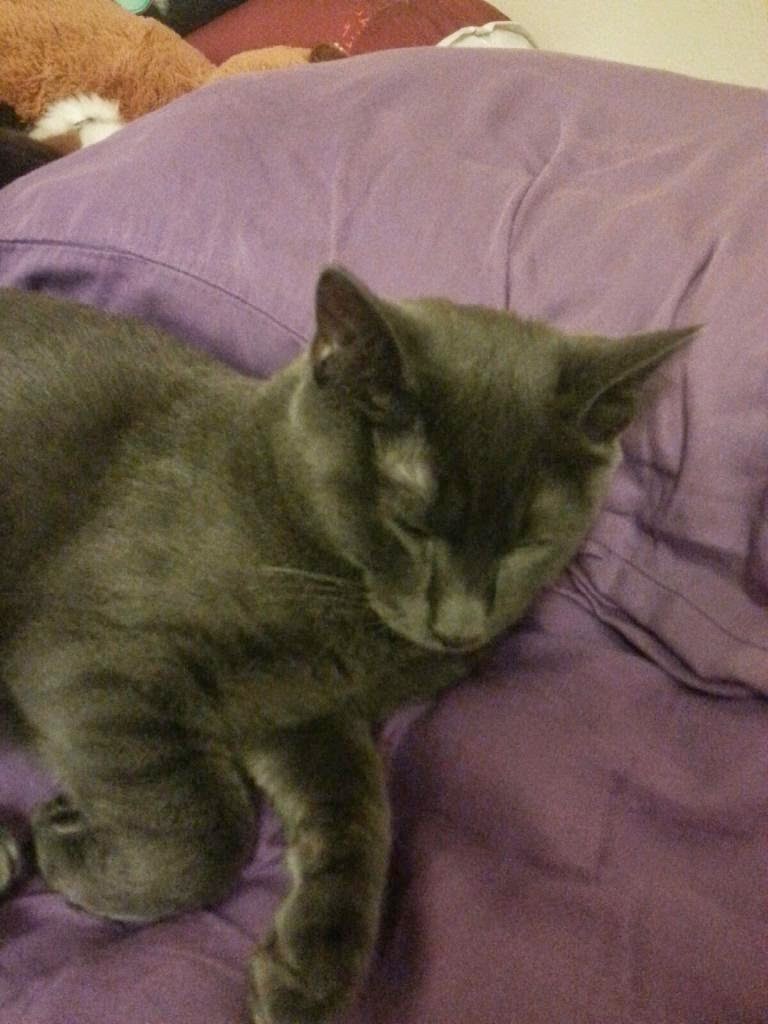 P.S. I'm off to the Middle East later this week! (See previous post). If I don't communicate until July, here's lots of love from me. You got these upcoming weeks! ;)
Posted by Unknown at 10:03 PM